Kuala Lumpur (5/4/2018) —In the last day of the Kuala Lumpur International Book Fair 2018, the Indonesian pavilion introduced non-books namely boardgame during a talk show “Exploration of Nusantara Content through Media Board Games” with Erwin Skripsiadi from Hompimpa Games and Andre M. Dubari from Manikmaya Games.

The board game in Indonesia began to develop since 2013 and experienced an increase in 2017. With the increasing number of board game requests more and more the number of producers producing board games colored the variety of the game itself.

“Before the board game developed now, there were many obstacles that we went through,” said Andre. Constraints faced include changing people’s perceptions of the game board itself. Many say that the function of board games is just entertainment. They did not know that many things could be taken from the game board itself. Besides perception, the lack of content for board games. Some companies in Germany make board game content about the archipelago, which is well known including Papua and Java. “Although the game was liked by many people but the content in it was a lot of mistakes and even inaccurate. This is because they are not Indonesian and do not conduct research or explore further about the archipelago, “said Andre.

Through board games there are many social values ​​for children. “They can facilitate communication, stimulate the child’s brain to imagine, train motor skills, and many others,” said Erwin Skripsiadi. “Families are getting more familiar, reducing cellphone use, because they communicate, laughing.” Added Andre Dubari.

Currently there are 400 descendants of game boards throughout Indonesia and more than 100 titles of games taken from local content.

Manikmaya Games and Hompimpa Games is present at 2017 Essen Spiel (Germany) which is the biggest event in the world’s largest board game and has managed to sell all Indonesian board games in just 3 days. This year they will also be present and present a variety of new types of games.

To develop the board game business, board business players developed a network by establishing board games. “It’s the same as a library, but this is a board game, not a book,” Andre said. There are already 7 libraries including in the cities of Jakarta, Bandung, Solo, Surabaya, Malang, Yogyakarta and Makassar.

KLIBF runs from April 27 to May 6 2018 at Putra World Trade Center, Kuala Lumpur, Malaysia. This year Indonesia is present as a guest country together with Saudi Arabia and the guest country of Kedah. This presence is fully supported by the Creative Economy Agency (Bekraf), Ministry of Education and Culture (Kemendikbud), and the Republic of Indonesia Embassy (KBRI) in Kuala Lumpur. KLIBF is also filled with the Kuala Lumpur Trade and Copyright Center (KLTCC), Writers’ Conference and Malaysia’s Digital Lifestyle Exhibition. 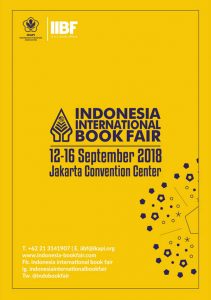 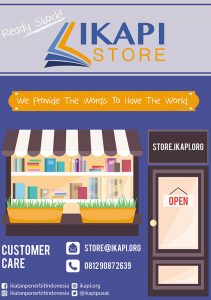